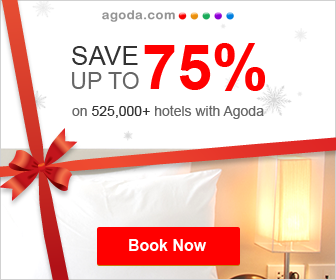 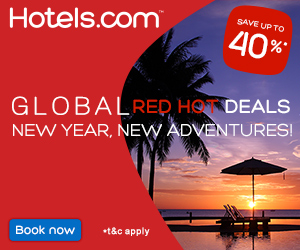 Exercise 2
Set 1
Choose the best answer to complete the sentences.
Datin Zaitun and Datin Lina are _____for branded handbags.
A shop B shops C shopped D shopping
_____ he comes from a poor family, Amin is a generous boy.
A So B Since C Because D Although
Rafflesia is _____ flower in the world.
A big B bigger C biggest D the biggest
Rania is excited to do the laundry with the brand new _____.
A iron B dish washer C sewing machine D washing machine
Tanya _____ Thalia are twin sisters.
A or B and C from D because

Exercise 2
Set 2
Choose the best answer to complete the sentences.
Bill Gates was the chairman of ______ world's largest computer software company.
A a B an C the D -
We should feed our pets _____.
A slowly B hungrily C regularly D frequently
Penang Hill is a famous tourist attraction _____ Penang.
A in B at C near D along
Aina _____ chicken soup for her sick mother.
A cook B cooks C cooked D cooking
Amirul and his family  _____ dinner at a seafood restaurant last night.
A has B had C have D having

Set 3
Choose the best answer to complete the sentences.
They do _____ homework together.
A they
B them
C their
D themselves
The floating market is _____ in Bangkok.
A locate
B locates
C location
D located
_____ Ali _____ Hassan brought their books today so they can't do their homework.
A Either, or
B Either, nor
C Neither, or
D Neither, nor
The room has a very nice soft _____
A bedroom
B wallpaper
C blackboard
D kitchen cabinet
colour.
_____ apple _____ day keeps the doctors away.
A A, an
B An, a
C An, the
D The, the

Exercise 3
Read the blog post and answer the following questions
It had been a while since I climbed one of Malaysia's highest mountains so I decided it was time to take on Gunung Nuang.
This mountain, situated in the Hulu Langat district of Selangor state is often described as Selangor's tallest peak but according to my list of Malaysia's Tallest Mountains, it is only the 3rd highest after Gunung Semangkok and Gunung Ulu Kali. I think the discrepancy arises because all three of these mountains are right on the border between Selangor and Pahang so sometimes they might be classified under Pahang.
Gunung Nuang is 1439 metres high (4898 feet) making it the 86th highest peak in Malaysia according to my list. Although it is a relative baby in Malaysian terms, it is still a good size - higher than any mountain in Britain for example (Ben Nevis is 95m shorter).
I had read various reviews about this mountain and they vary in their opinions. One review said that it is harder than climbing Mount Kinabalu. I think that is an exaggeration but there is no doubt it is a gruelling and strenuous trip particularly if you are going up and down in one day which is what most people do.
I have never been superfit and now that I am nearly 57 with a pair of dodgy knees you can believe me when I say that, for most of us with average fitness, climbing Gunung Nuang is very arduous and exhausting.

Tick (/) the best answer.
Gunung Nuang is located at Kuantan, Pahang.
The blogger said it is harder to climb Gunung Nuang than Mount Kinabalu.
How high is the mountain?
A Less than one thousand meters
B Over one thousand meters
C Not more than a thousand meters
D More than a thousand and five hundred meters
The blog is most probably written by a _____.
A student
B archealogist
C senior citizen
D professional mount climber _____.
The best word to replace exhausting is _____.
A tiring
B enjoying
C fascinating
D interesting

Public speaking (sometimes termed oratory or oration) is the process or act of giving a performance focused around an individual's direct speech to a live audience. This speech is structured and deliberate with three general purposes: to inform, to persuade, and to entertain. Closely allied to "presenting," although the latter is more often associated with commercial activity, public speaking is commonly understood as formal, face-to-face talking of a single person to a group of listeners…read more>>

President Trump
(Full Historic Speech in Saudi Arabia 5/21/17)
Full Transcript/Video
The full transcript of Trump’s speech to Muslim-world leaders, as published by the White House moments after he finished speaking in Riyadh.
I want to thank King Salman for his extraordinary words, and the magnificent Kingdom of Saudi Arabia for hosting today’s summit. I am honored to be received by such gracious hosts. I have always heard about the splendor of your country and the kindness of your citizens, but words do not do justice to the grandeur of this remarkable place and the incredible hospitality you have shown us from the moment we arrived.
You also hosted me in the treasured home of King Abdulaziz, the founder of the Kingdom who united your great people. Working alongside another beloved leader – American President Franklin Roosevelt – King Abdulaziz began the enduring partnership between our two countries. King Salman: your father would be so proud to see that you are continuing his legacy – and just as he opened the first chapter in our partnership, today we begin a new chapter that will bring lasting benefits to our citizens.
Let me now also extend my deep and heartfelt gratitude to each and every one of the distinguished heads of state who made this journey here today. You greatly honor us with your presence, and I send the warmest regards from my country to yours. I know that our time together will bring many blessings to both your people and mine.
I stand before you as a representative of the American People, to deliver a message of friendship and hope. That is why I chose to make my first foreign visit a trip to the heart of the Muslim world, to the nation that serves as custodian of the two holiest sites in the Islamic Faith. 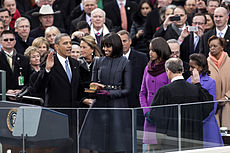 Read More…
Rating President Obama's biggest speeches - CNNPolitics.com
Experts weigh in on President Obama's best speeches, offer advice to ... During his firstinaugural address, he failed to digest a core idea into a ...
The Complete Text Transcripts of Over 100 Barack Obama Speeches
Obama Inaugural Address 20th January 2009. My fellow citizens: I stand here today humbled by the task before us, grateful for the trust you have bestowed, ...
‎Barack Obama Inauguration ... · ‎Election Night Victory · ‎Democratic Convention ... 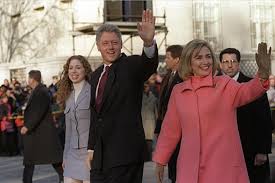 President Clinton 1997 Inaugural Ceremony
January 20, 1997
Full Text/Video/Video
President Clinton addressed the nation following his swearing-in during the presidential inauguration ceremony. In his remarks, he talked broadly about his goals for the nation over the next four years and beyond, including balancing the budget, expanding educational opportunities and creating a sense of community in which government is not the solution or the problem. President Clinton became only the second Democrat in this century, after Franklin D. Roosevelt, to be inaugurated for a second time.
President Bill Clinton’s second inaugural speech in 1997 looked ahead to the next century. “The world is no longer divided into two hostile camps,” he said. “Instead now we are building bonds with nations that once were our adversaries. Growing connections of commerce and culture give us the chance to lift the fortunes and spirits of people the world over. And for the very first time in all of history more people on this planet live under democracy than dictatorship.” His second term would be consumed by the Monica Lewinsky scandal and he was only the second president to be impeached. Both he and Andrew Johnson were acquitted by the Senate.

United Kingdom/Great Britain
Theresa May's Guildhall Speech Pushing Globalisation
14 November 2016
Video
Theresa May gives a first speech on foreign policy. She is pushing the Bilderberg's New World Order policy of "globalisation" (worldwide Communism). She pretends to empathise with the people, while she actually despises you. Easy proof - look at her six+ years of failure as home secretary. 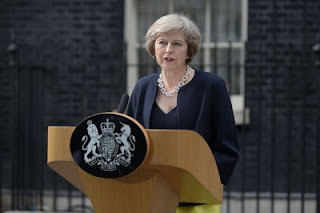 Theresa May
The First Speech As Prime Minister
Full text/Video
BBC News
I have just been to Buckingham Palace, where Her Majesty the Queen has asked me to form a new government, and I accepted. In David Cameron, I follow in the footsteps of a great, modern Prime Minister. Under David’s leadership, the Government stabilised the economy, reduced the budget deficit, and helped more people into work than ever before. But David’s true legacy is not about the economy, but about social justice. From the introduction of same sex marriage, to taking people on low wages out of income tax altogether, David Cameron has led a one nation government, and it is in that spirit that I also plan to lead. Because not everybody knows this, but the full title of my party is the Conservative and Unionist Party. And that word unionist is very important to me.
It means we believe in the union, the precious, precious bond between England, Scotland, Wales and Northern Ireland. But it means something else that is just as important, it means we believe in a union not just between the nations of the United Kingdom, but between all of our citizens, every one of us, whoever we are and wherever we are from. That means fighting against the burning injustice that if you’re born poor you will die on average nine years earlier than others. If you’re black, you’re treated more harshly by the criminal justice system than if you’re white. If you’re a white, working class boy, you’re less likely than anybody else in Britain to go to university. If you’re at a state school, you’re less likely to reach the top professions than if you’re educated privately. If you’re a woman, you will earn less than a man. If you suffer from mental health problems, there’s not enough help to hand. If you’re young, you’ll find it harder than ever before to own your own home.
But the mission to make Britain a country that works for everyone means more than fighting these injustices. If you’re from an ordinary working class family, life is much harder than many people in Westminster realise. You have a job but you don’t always have job security. You have your own home but you worry about paying the mortgage. You can just about manage, but you worry about the cost of living and getting your kids into a good school. If you’re one of those families, if you’re just managing, I want to address you directly. I know you’re working around the clock, I know you’re doing your best and I know that sometimes life can be a struggle. The Government I lead will be driven, not by the interests of the privileged few, but by yours. We will do everything we can to give you more control over your lives. When we take the big calls, we’ll think not of the powerful, but you. When we pass new laws, we’ll listen not to the mighty, but to you. When it comes to taxes, we’ll prioritise not the wealthy, but you. When it comes to opportunity, we won’t entrench the advantages of the fortunate few, we will do everything we can to help anybody, whatever your background, to go as far as your talents will take you.
We are living through an important moment in our country’s history. Following the referendum, we face a time of great national change. And I know because we’re Great Britain that we will rise to the challenge. As we leave the European Union, we will forge a bold, new, positive role for ourselves in the world, and we will make Britain a country that works not for a privileged few, but for every one of us.
That will be the mission of the Government I lead. And together, we will build a better Britain. 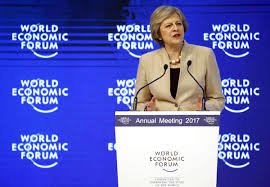 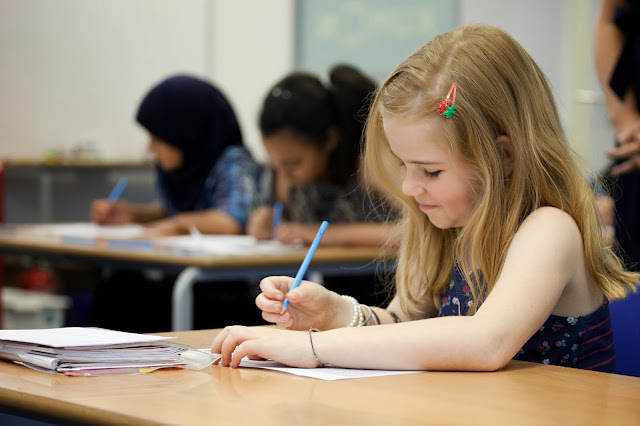 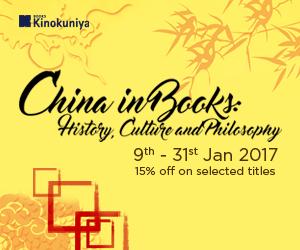 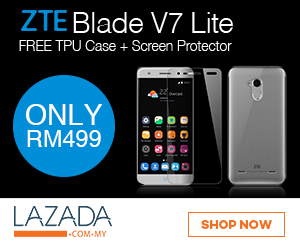 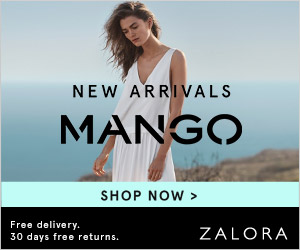 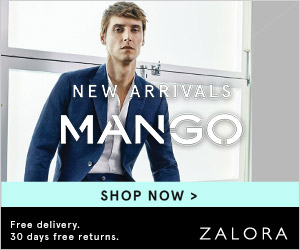 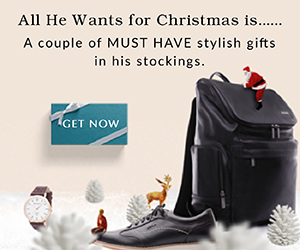 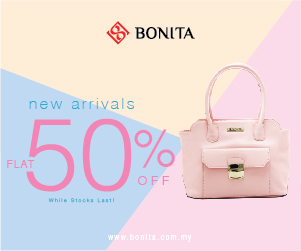 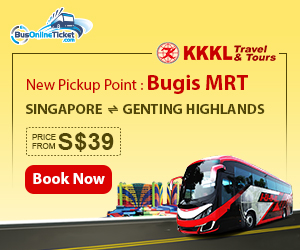